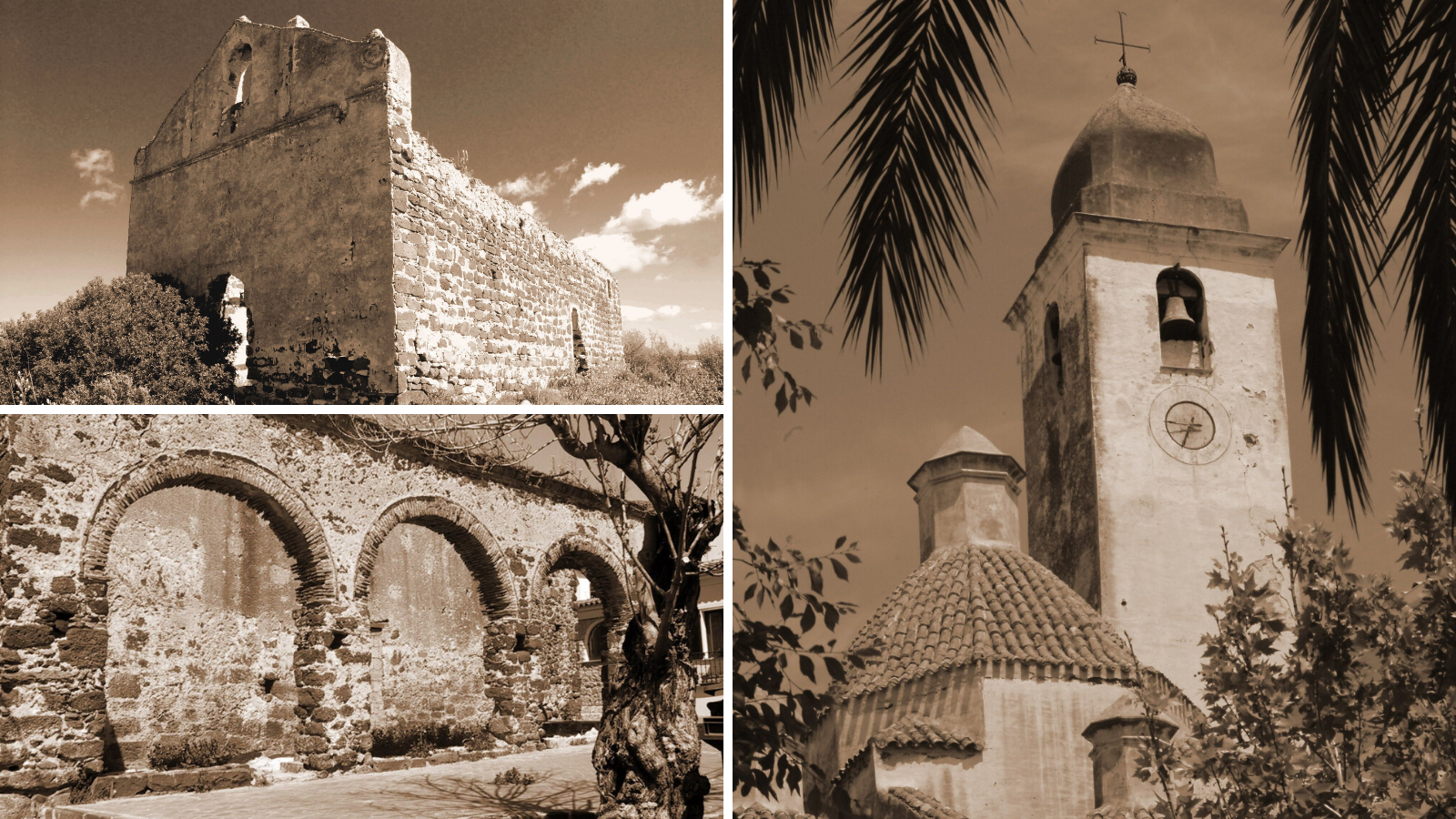 The Churches of Orosei

The spiritual and religious aspect has always characterized the life of the small community, as evidenced by the existence of 27 documented churches. Among these 13 still survive today.

In a dominant position in Piazza del Popolo, on top of a wide staircase, stands the parish church dedicated to San Giacomo Apostolo, patron of the town.

The church, in baroque style, is considered one of the most beautiful of the island, and is characterized by a false eighteenth-century white façade, unusually set on the right side of the building, instead of on the front side, with a large dome on the centre, around which there are a series of presbytery chapels, also domed.

The interior is decorated with golden plasters, wooden statues and an eighteenth-century wooden baptistery.

The three oratories of “Santa Croce”,  “Rosario” and “delle Anime” were built in the 17th century, inside the historic center, and host the three homonymous brotherhoods, dedicated to public or private worship practices, which play a fundamental role during the celebrations of the Holy Week.

The oratory of Santa Croce, dating back to the first half of the seventeenth century, is located next to the parish church of St. Giacomo, with a single nave and a small bell-shaped sail on the facade, which preserves wooden statues from the 17th and 18th centuries. The Oratory of the Rosary, operating since the end of the 1600s, delimits the central square, but the main facade, in Baroque style, is not visible from the square.

Inside the church, which also has a single nave, there are Marian wooden statues from the 18th century. Going up you will find the oratory of  “Sas Animas”, built at the beginning of the 18th century, characterized by a large dome set on an octagonal drum and a facade tympanum with three orders, of evident baroque style. The marble coat of arms of the Marquises of Albis from the noble family Manca Guiso stands out on the facade.

Church of the Pietà

The Church of nostra Signora della Pietà, was built in 1640 and is characterized by a very simple facade, topped by a small, variously shaped bell tower that still houses the original bronze bell.

The plan of the structure is rectangular, with a single-span hall, the vault consists of a triple truss made of juniper beams.

The church, dedicated to Our Lady of Mercy, has a single-nave rectangular plan with a roof covered with reeds. The presbyterial area, opened by a small pointed arch, has a central small altar behind which there are two simulacra set in recesses. The external facade is made of white masonry and has a wooden door in the centre, topped by a sail-shaped bell tower.

In one of the oldest districts of Orosei, Santu Sostianu, stands the homonymous church of San Sebastiano, built in the sixteenth century. The church, recently restored, has an internal structure with two naves and a beautiful five-arched stone external portico.

The first official document, that talk about the church in question, dates back to April 26, 1601 and was written by Don Alonso Lasso Cedeno, Archbishop of the diocese of Cagliari. He mentions some repairs or replacements of missing or damaged parts of the roof, so this document suggests that the church was built at least a few decades earlier.

It is composed of a large courtyard accessed by a Baroque masonry portal, closed to the north and west by a fence of low single-celled houses and dominated to the south by a high quadrangular tower; in the center the church, dedicated to Sant’Antonio Abate, and a domed well.

Originally, the church, tower and hospital’s buildings were attributed to the conspicuous presence of the Pisans, who entrusted the management to the Franciscan friars. Indeed, already in 1254, they  built a church, now disappeared, dedicated to San Francesco. At the beginning in the hospital, they took care of sick people, then simply of poor and abandoned children; even today some poor families of the village are hosted inside.

On the outside the Church shows instead its various Baroque style renovations, and incorporates the original building by far smaller, consisting of a single nave ended to the east by a small apse, attested only by the foundations, with side walls decorated with frescoes and with external walls decorated with a series of ceramic basins of Valencian origin.