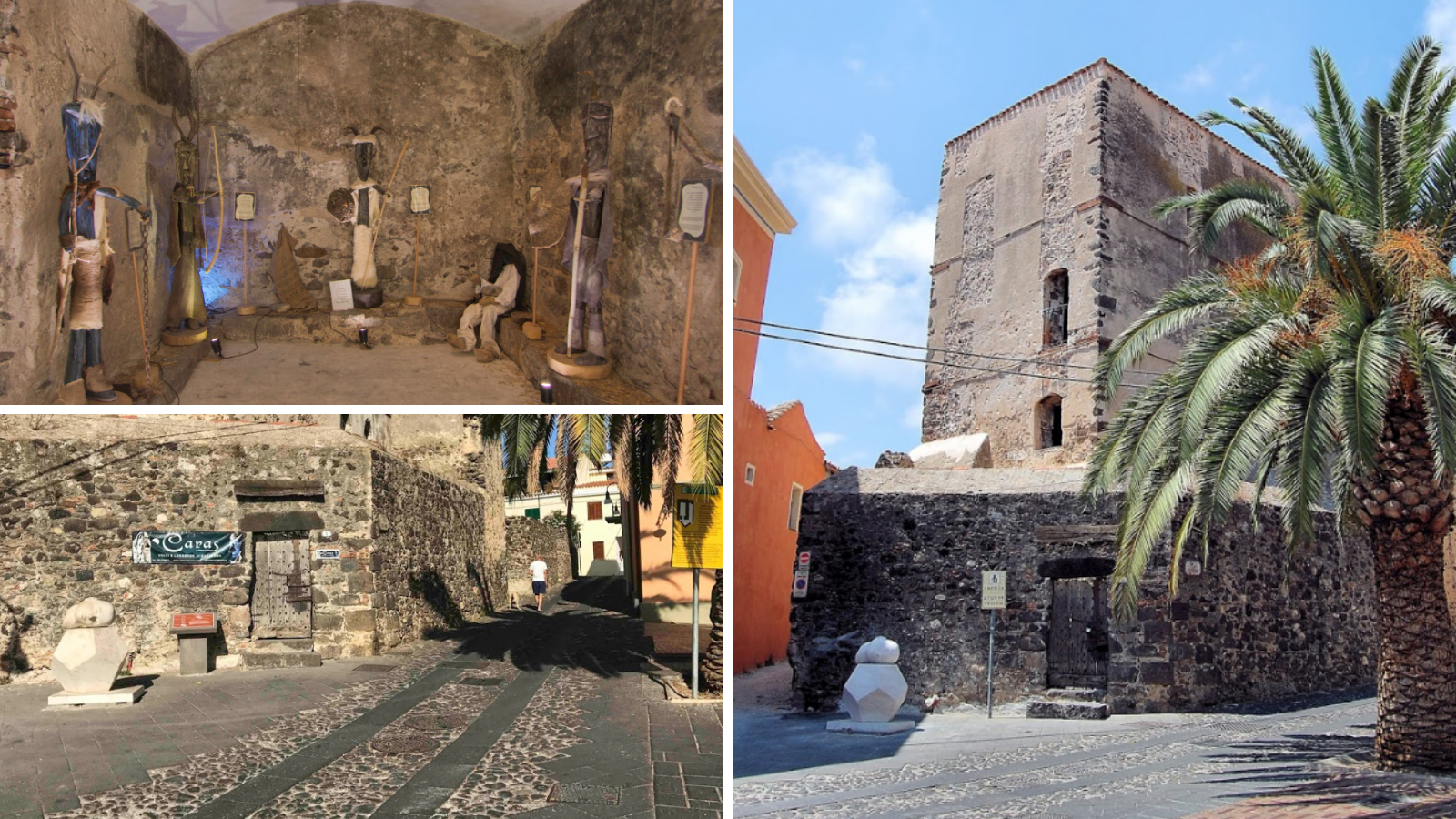 The building, known as Preione Vezza (Old Prison) is located in the centre of the village in a dominant position, placed in the heart of the old district of Palathos Vetzos and stands out for its imposing civil architecture.

Consisting of a tower 15 meters high with a rectangular base, the building is closed on two sides by a sturdy city wall with a single opening represented by a wood door that leads into a narrow courtyard. The four internal floors can be perceived on the outside from the series of windows, still open or walled in, clearly visible on all four sides.

The flat crowning battlements on the third row of windows and at the top of the tower, as well as in the north-west section of the city walls, are all visible, though walled in, and confer the building a clear defensive footprint typical of public structures of the Middle Ages.

Seat of the Curia Regni of Giudicato di Gallura, it was transformed by Don Salvatore Guiso and used as a prison from the second half of the 15th century to the 19th century.

When can I visit the old prison

The schedules for Season 2020 are currently under development.

We will shortly publish detailed news.

Where is the old prison?